Go beyond the battle with this new range of watches! Each watch embodies a main character. Each character has an epic back story, which is expressed with great detail in the watches. 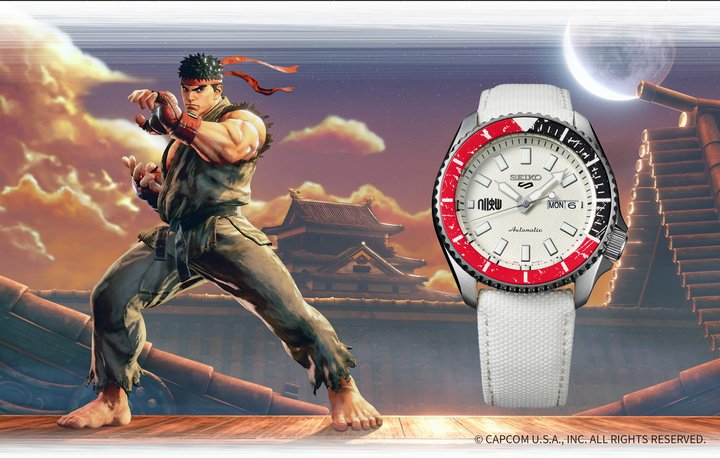 Naturally, this starts with the iconic martial artist, Ryu. The man who is training to become a “true fighter”. His watch is inspired by his “do-gi” Judo uniform with a marked bezel depicting the tough and relentless training he pushes himself through.

The dial has simplified characters representing the Kanji characteristics on this fighters’ gloves. The Kanji characters can also be seen on the reverse of the strap, meaning wind, forest, fire and mountain. The case back illustrates the characters signature move, “Hadoken.” It also shows the limited-edition number out of /9999.

Check it out here: SRPF19K1 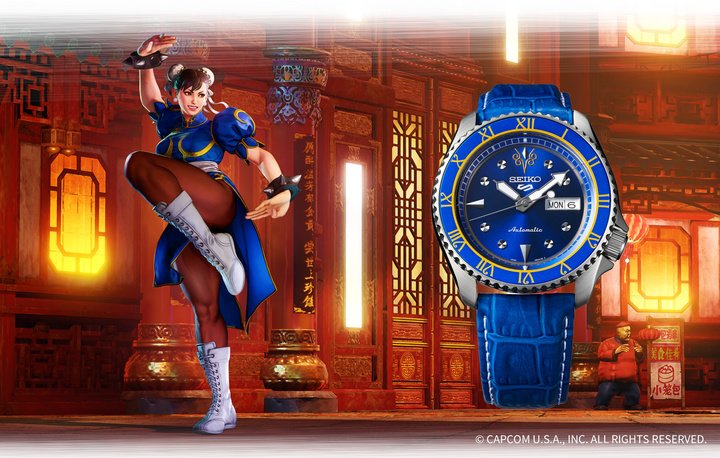 Moving on to the First Lady of Street Fighter, Chun-Li. Commonly regarded to as the strongest woman, her watch has been perfectly designed to represent everything she is about. The blue and gold which is clearly for her outfit, but even the indicators. The 6 o’clock and 9 ‘o clock are fierce daggers similar to her weighted bracelet on her left wrist. On the reverse of the strap, there is a detailed depiction of a dragon, the same as Chun Li’s belt. The elegant design around the 12 ‘o clock is the same pattern from her collar on her outfit. These small details really set this watch apart.

The fighter’s signature move, “Spinning Bird Kick”, is illustrated on the back along with the limited-edition number. This watch has most definitely caught this fighter’s essence.

Check it out here: SRPF17K1 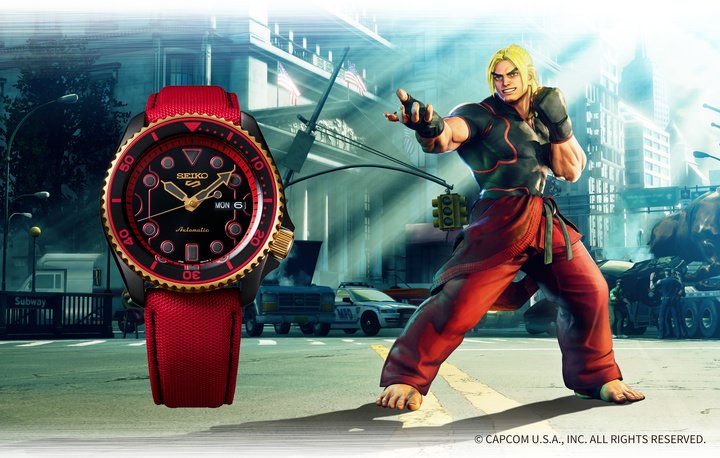 Turning up the heat with our next fighter, Ken. This watch portrays Ken down to the T, with gold components symbolising his long blonde hair with black and red representing his costume design. The red curved outlines on the dial reflect those on his costume which really show off this martial artists muscles.

This fighter’s signature move, “Shoryuken”, is shown on the back of the watch with limited edition number. Keeping up the same theme as the others, the back of the strap shows Ken’s company logo, “The Master’s Foundation”. This watch has truly grasped this character’s strength and bold look.

Check it out here: SRPF20K1 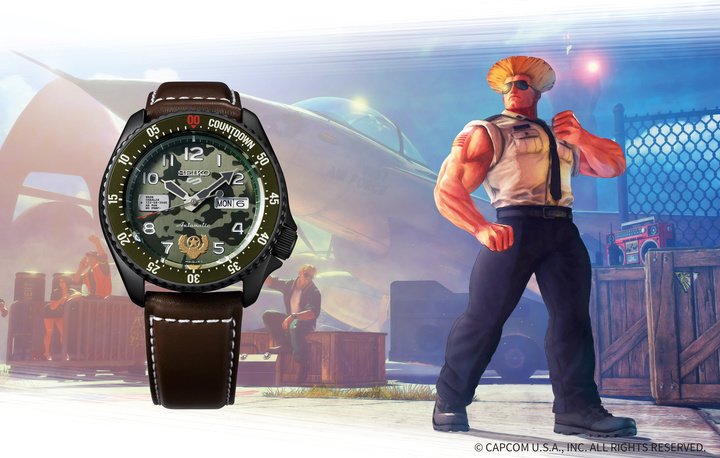 Guile’s watch, a watch fit for a soldier of the USAF. The camouflage dial along with the small details show this major’s devotion to keeping his country safe. The 9 o’clock has a dog tag which is generally associated with members of the military. This design of this watch is very personal to the backstory of Guile. The dog tag is his best friend, Charlie Nash, which I think shows the emotional depth of this character. At the 6 o’clock there is Major Guile’s crest which he wears with pride as part of his uniform.

The “Sonic Boom” which is Guile’s signature move is shown on the back of the watch alongside the limited-edition number.

Check it out here: SRPF21K1 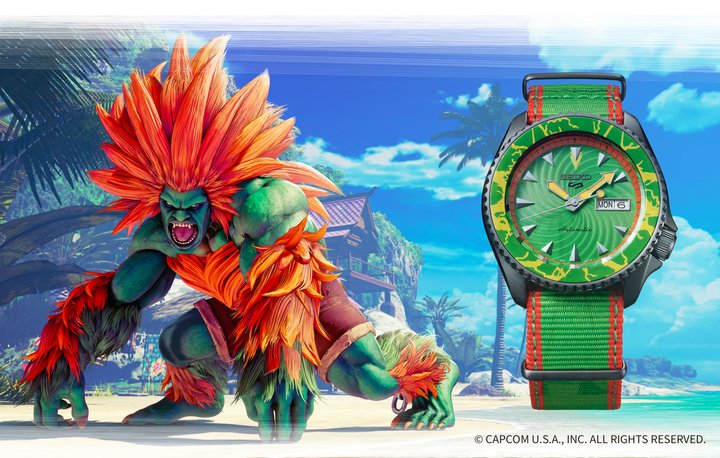 Blanka’s watch is personally the one that stands out the most for me. Not just because of the bright colours but also the design concept. His signature move “The Electric Thunder” is splashed on the bezel with a captivating spinning dial. The indicators are dagger like, showing you how fierce this fighter really is. Just like the rest, the fighter’s signature move “The Electric Thunder” is on the back of the watch with the limited-edition number. The watch not only represents his look but literally everything about him.

Check it out here: SRPF23K1

Three words that come to mind when I think of Zangief are bold, masculine and tough. This watch most definitely holds those words true. Its robust gold case emphasises just how strong this Pro Wrestler really is. The boldness of the black numbers reflects his determination but also that strong beard and chest hair game he has going on.

The limited-edition number and Zangief’s signature move, “Screw Pile Driver”, are shown on the case back of the watch. The red and yellow nylon strap matches the fighter’s wrist bands he wears.

Check it out here: SRPF24K1

I am such a big fan of this collaboration as it is reminiscent of my childhood playing video games with my older brother.

The thing that amazes me is that even though they are based on fictional fighting characters, Seiko’s essence is not lost in any of it.